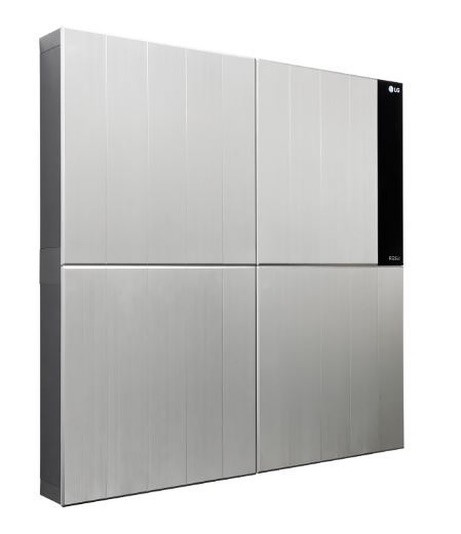 With over 30 alternative installation forms, the modular RESU Flex home battery storage system can be installed in a range of sizes, ranging from 8.6 kWh to 17.2 kWh, to optimize space efficiency. The company claims that RESU Flex can be mounted on any surface, whether indoor or outdoor, depending on client preferences.

RESU Flex has a voltage range of 192 V to 531.2 V and can accommodate various energy use patterns depending on the setup. The 8.6 kWh system, which has two battery modules and a battery protection unit, is primarily intended to enable self-consumption, reduce peak hour loads, and provide emergency backup power for critical loads. A three-battery module unit with a 12.9 kWh capacity can support critical loads in an emergency as well as power energy-hungry appliances like heat pumps and electric vehicles. Depending on the inverter’s performance, the 17.2 kWh system is well-suited for a variety of uses, including whole-home backup and modest C&I.

The battery module weighs 48.9 kg and measures 665.2 mm x 665.2 mm x 148.4 mm. Each design includes a separate16.6 kg-weighted battery protection device. The operational temperature range is between -10 and 50 degrees Celsius. The item has an IP55 protection level as well.

RESU Flex is compatible with three-phase inverters produced by Kostal, Fronius, SMA, and GoodWe in addition to single-phase inverters. RESU Flex is immediately available for shipping, as Jorg Jurgens, LGES director of energy storage systems EMEA, revealed. It would be delivered within a few weeks if bought today, which is far quicker than the time periods provided by the majority of battery manufacturers.

The NMC battery chemistry will be used in the new RESU Flex series.  The South Korean company now intends to create and market LFP-standard cells by October 2023 and LFP long cells by the fourth quarter of 2024. The dates are still being examined. According to Jurgens, the transition will go smoothly since the LFP cells will be made in the same format and sizes, allowing the systems to use the same modules and racks as they have in the past.

According to Jurgens, double-digit gigawatt-scale production lines will be added to the Holland site in the US state of Michigan, where the new battery cells will be manufactured. This is consistent with LG Energy Solution’s earlier declaration that it is investing $1.7 billion to fivefold the Michigan project’s current manufacturing capacity of 5 GWh of battery cells and packs.

The LFP batteries will be a part of the company’s enhanced portfolio once they are developed, along with its current variety of NMC batteries.

The switch to the more secure nickel and cobalt-free battery chemistry comes after LG Energy Solution was compelled to recall some of its battery energy storage systems in the US and Australia because of possible fire hazards. The lithium-ion RESU home battery line from LG Energy Solution was subject to a recall notice from the Australian Competition and Consumer Commission (ACCC) in March 2021 because of the potential for overheating and fire.

A few months later, LG Energy Solutions introduced its own free replacement program for a few models produced between April 2017 and September 2018. After overheating issues were reported, the replacement program—estimated to cost roughly $350 million—was launched.

Just a few weeks after the business introduced the new range of products in December 2020, the company issued its first residential battery recall in the United States. 1,815 RESU 10H units sold between January 2017 and March 2019 were affected. Recalls of LG Chem RESU 10H products were made in response to reports of fires that caused only minimal property damage and no injuries.

The new container-based ESS solution that is delivered completely constructed at the plant is one of the other advancements that LG Energy Solutions unveiled last week in Munich. It claimed that this cuts the cost and installation time on site by 30% and 40%, respectively. The modular and scalable containerized ESS solution decreases the installation size by 15% when compared to traditional 40-foot ISO systems, saving money on land. With an active ventilation system, a fire suppression system, and an HVAC system built in, it is intended to be more than just a battery rack system.

Other high-performance, grid-based ESS solutions from the firm were also exhibited. These included a high-voltage rack (1,400V) and the Transportable Rack 1300, a pre-engineered rack system designed for indoor use.